Start a Wiki
This article is about the Rankin/Bass character. For the character from the 1998 film, see Comet (Rudolph the Red-Nosed Reindeer:The Movie).

Comet appears as the coach of The Reindeer Games where he teaches all the yearling bucks and points out one as Dasher's son to leap first which he does. Comet then calls for Rudolph to come over for his turn at leaping. After being told by Clarice that she thinks he is cute, Rudolph leaps high into the air with joy which impresses Comet. However when Rudolph's fake nose falls off revealing his real red one, he is laughed at and ridiculed by the other bucks. Comet breaks this up and bans Rudolph from the rest of the games.

For unknown reasons, Comet doesn't join the sleigh team with Rudolph leading, perhaps meaning that he has decided to retire and just stick to coaching for The Reindeer Games or decided to take a break that year.

Comet has light brown and white fur with long antlers with a blue and red cap on his head and a whistle hung around his neck. 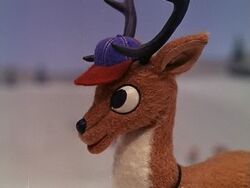 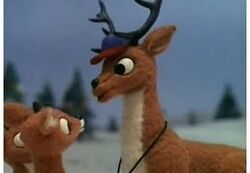 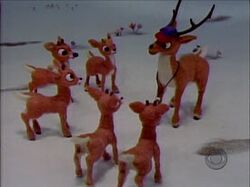 Comet teaching Rudolph and the other young bucks 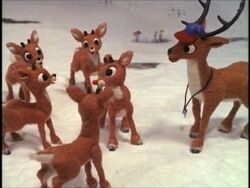 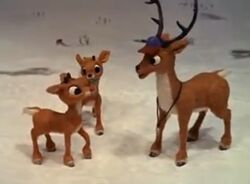 Comet bans Rudolph from the rest of The Reindeer Games 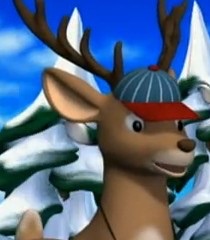 Comet in Rudolph the Red-Nosed Reindeer and the Island of Misfit Toys. 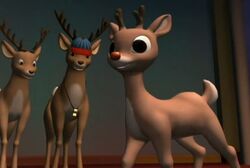 Comet and Rudolph
Add a photo to this gallery
Retrieved from "https://rudolphtherednosedreindeer.fandom.com/wiki/Comet_(Rankin/Bass)?oldid=9707"
Community content is available under CC-BY-SA unless otherwise noted.